The decision to sell its Picasso collection is a move on MGM’s part to restructure its public-facing art collection and focus on presenting works by more diverse artists. Ari Kastrati, MGM Resorts’ chief hospitality officer, said in a statement that the decision is part of broader strategy to give “a greater voice to artists from under-represented communities.”

Highlights from the collection include Picasso’s portrait of his early muse Marie-Thérèse Walter. Titled Femme au beret (1938), the painting depicting a young blonde-haired Marie-Thérèse is expected to fetch $20 million. It last sold at auction in 1987 for $880,000 and was acquired by Las Vegas casino tycoon and top collector Steven Wynn in 1998. (In 2000, MGM acquired that work and the other soon-to-be-auctioned works when it bought the Mirage casino and hotel from Wynn, who had assembled a blue-chip collection of 19th- and 20th-century art that was housed at his other hotel’s Bellagio Gallery of Fine Art.)

The trove of MGM’s Picasso works range from paintings like Femme au beret to the artist’s works on paper and experiments in ceramics, spanning from 1917 through 1969. “It’s a relatively complete journey through the artist’s life,” Brooke Lampley, Sotheby’s chairman and worldwide head of sales of global fine art, said in an interview. “It gives a survey of the diversity of his life’s work.”

Other top examples from the offering include two large-scale late-period portraits Homme et enfant (1969–70) and Buste d’homme (1969–70). Together, the paintings are expected to fetch at least $30 million. Each were included in the artist’s expansive 1973 exhibition at the Palais des Papes in Avignon, France. A still-life painting titled Nature morte au panier de fruits et aux fleurs (1942) is estimated at $10 million–$15 million.

The MGM collection sale will also mark the first time that Sotheby’s has ever held a sale of major works in the U.S. outside of its New York headquarters, potentially signaling a broader shift market-wide. Lampley said the decision to host the sale in Las Vegas is a way for the auction house to adapt its offerings to deliver top clients luxury experiences outside of the traditional auction programming. “One of our key revelations of the pandemic is that our clientele actual welcomes change and specificity of experience,” said Lampley.

Highlights from the auction’s offerings will go on public view at the auction house’s York Avenue headquarters from September 7–12 and then travel to Taipei and Hong Kong before making its final stop at the hotel’s Bellagio art gallery ahead of the evening sale at the end of October. Lampley added that the auction offers audiences a chance to focus on the Picassos in the hotel’s “intimate” display. 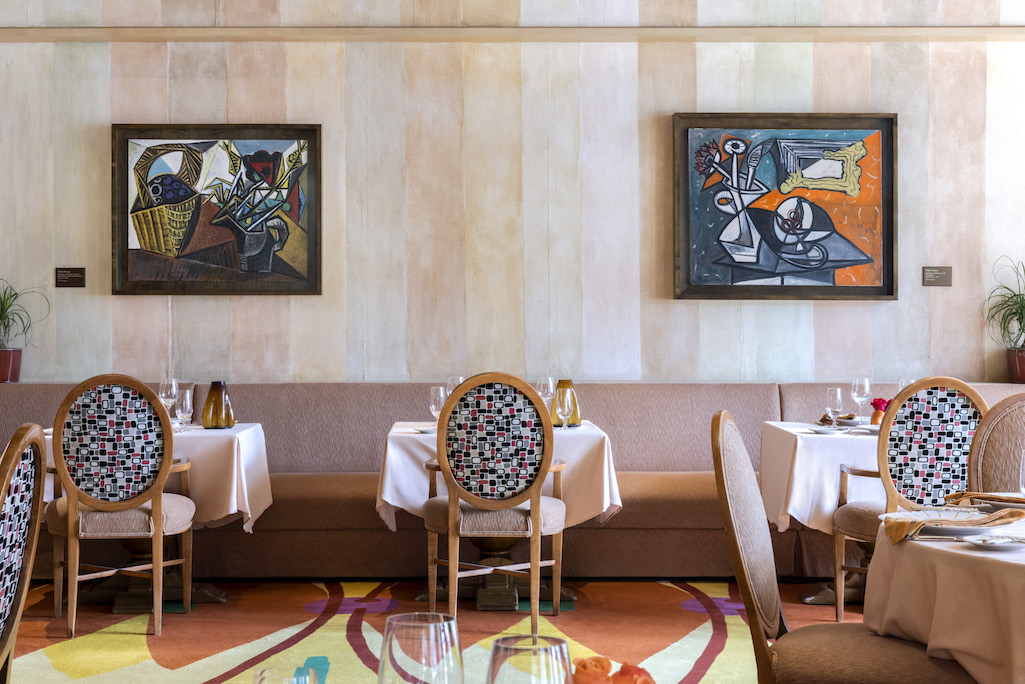