When collectors form deep friendships with artists, they typically have access to purchasing important examples from those artist’s output. Such is the case with  late Los Angeles philanthropists Morris and Rita Pynoos, whose collection will be sold at Sotheby’s New York this spring.

Morris Pynoos, who was an engineer and commercial developer in California, died in 2002 at the age of 84. His wife Rita Pynoos, who served on the Smithsonian American Art Commission, died in September 2019 at the age of 97. They also donated works from their collection to the Smithsonian American Art Museum and the Los Angeles County Museum of Art.

Among the most prized possessions in Pynoos’s holdings is Hockney’s monumental Self-Portrait on the Terraces from 1984, which shows the British artist at his Los Angeles home. The work, which they acquired from dealer Andre Emmerich some three decades ago, is expected to achieve a price between $8 million and $12 million. The work has also been exhibited extensively, including as part of Hockney’s 1988 traveling retrospective, which visited the Los Angeles County Museum of Art, the Metropolitan Museum of Art, and the Tate in London.

The Pynooses collected their fellow Angeleno Hockney in-depth, and other work by him—1987’s Ian Watching Television, a Cubist-inspired portrait of the artist’s former partner and frequent model Ian Falconer—will also be offered in an evening sale, where it is expected to achieve at least $1.8 million. Sotheby’s will also sell the first Hockney the couple ever purchased, Garden’ with Night Glow (1981), which is estimated to sell for between $800,000 to $1.2 million.

Another highlight from their collection that will be auctioned in May is a large-scale 1986 late-period abstract painting by de Kooning titled Stowaway, which the couple acquired directly from the artist in 1987. It is expected to achieve $6 million–$8 million. Highlights of their collection will go on view at Sotheby’s locations in Los Angeles, Taipei, and Hong Kong from March 25 to April 20, before heading to the house’s New York headquarters. 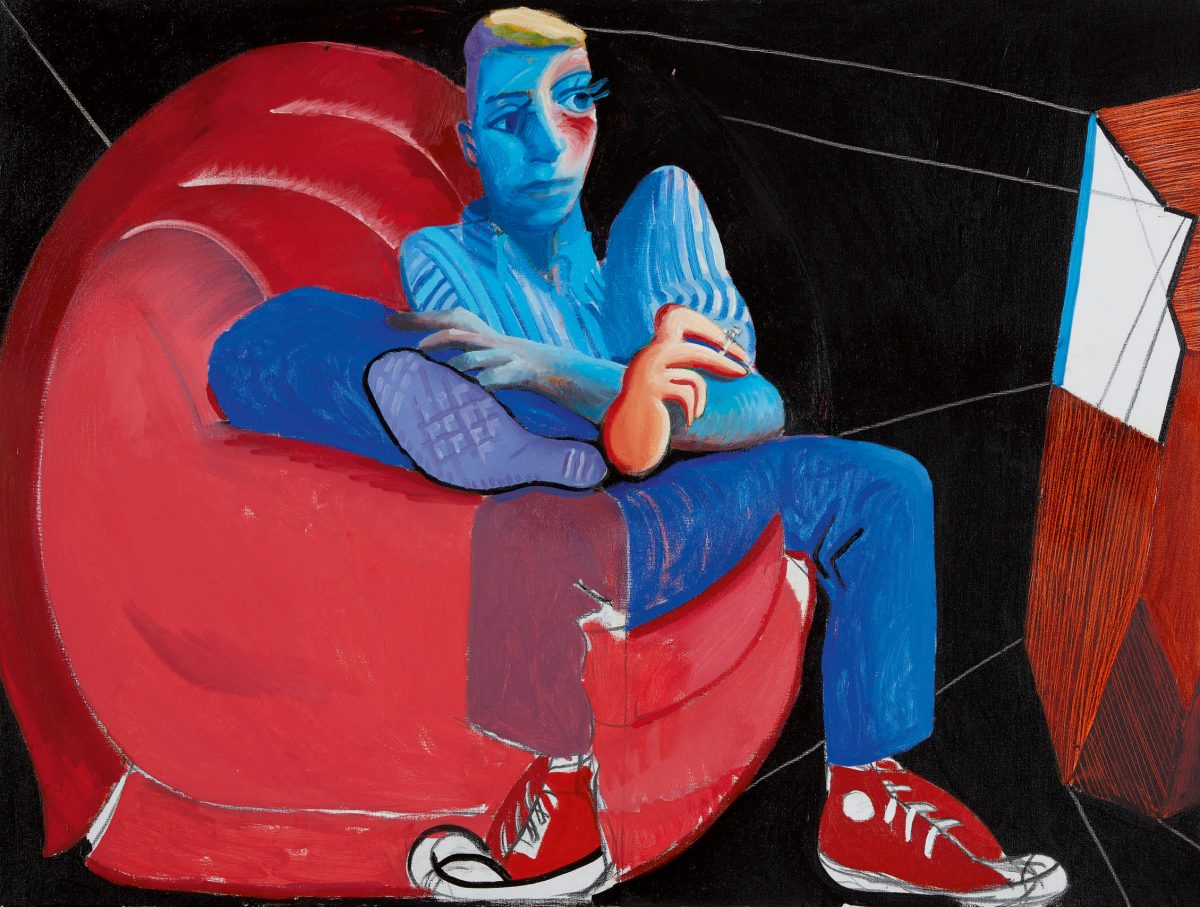